How many days until Good Friday 2021?

Good Friday is a Christian holiday commemorating the crucifixion of Jesus and his death at Calvary. It is observed during Holy Week as part of the Paschal Triduum on the Friday preceding Easter Sunday, and may coincide with the Jewish observance of Passover. It is also known as Holy Friday, Great Friday, and Black Friday.

In the United States, Good Friday is not a government holiday at the federal level; however, individual states, counties and municipalities may observe the holiday. State and local government offices and courts are closed, as well as some banks and post offices in these states, and in those counties and municipalities where Good Friday is observed as a holiday.

In the UK, Good Friday was historically a common law holiday and is recognised as an official public holiday (also known as a Bank Holiday).

In Canada, Good Friday is a federal statutory holiday. In the province of Quebec employers can choose to give the day off either on Good Friday or Easter Monday. 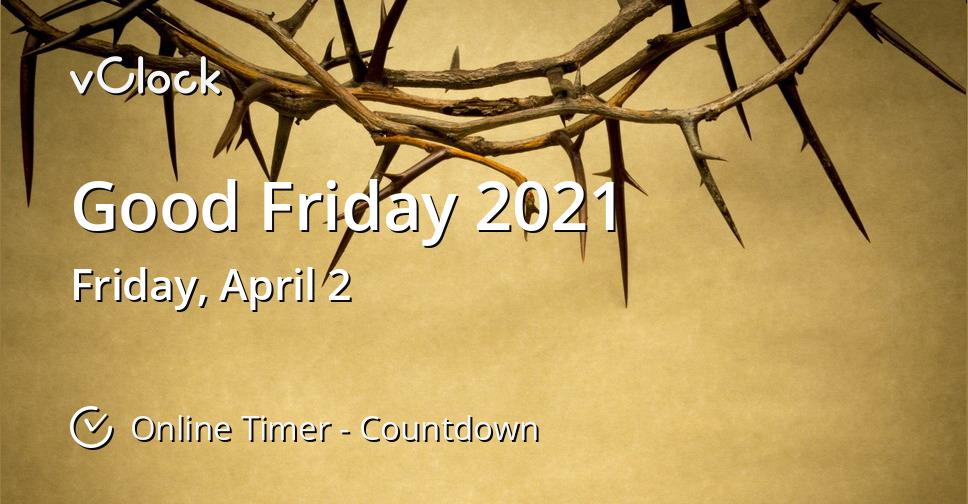